This survey of the history of the book and the book trade in Britain will study the changes in text production made possible by the Industrial Revolution; the emergence of the modern publisher and publishing system; the transformation of the ways in which texts were distributed; and the evidence we have for the ways in which printed and manuscript texts were consumed. A feature of this course will be the opportunity to revisit some great literary texts in the light of book history, and to see canonical literature as both shaping and being shaped by the economic and social culture of the book.

Each day of the course will be devoted to a phase within the period (1770s-1810s, 1810s-1840s, 1840s-1870s, 1870s-1890s, 1890s-1919). Each phase will be studied through a selection of authors, of publishers, of books and periodicals; through an example of popular publishing; and through an example of a characteristic technology of the period. Each phase will also have a characteristic book price whose significance – to contemporary authors, publishers and readers – will be discussed. For example, in Day 3 (1840s-1870s) we shall study some of the works of Dickens and Tennyson as our authors, and look at the production of Bradbury & Evans and John Camden Hotten as publishers. Books studied will include the Catalogue of the Great Exhibition of 1851 and Uncle Tom’s Cabin, and we shall look at the Illustrated London News and Punch as our periodicals. Popular publishing will be represented by yellowback detective fiction. The critical technology we shall discuss will be stereotype. Finally, the significant book price chosen for this phase is two shillings, and the importance of the cheapening of books in Britain and its Empire will be illustrated by the growing use of this low price.

Students will not be expected to have read the literary texts referred to, but the benefit they gain from the course is likely to increase if they have at least some acquaintance with the following writers, all of whom will be referred to within their book history context: Samuel Johnson, Jane Austen, Scott, Byron, Dickens, Tennyson, Trollope, Swinburne, Thomas Hardy, George Gissing, H. G. Wells and W. B. Yeats. 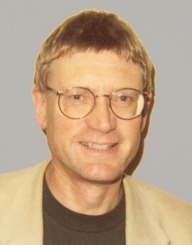 Simon Eliot is Professor of the History of the Book in the Institute of English Studies, School of Advanced Study, University of London, and Deputy Director of the Centre for Manuscript and Print Studies (CMPS). He has recently been appointed General Editor of the multi-volume History of Oxford University Press, and is editor of Publishing History.