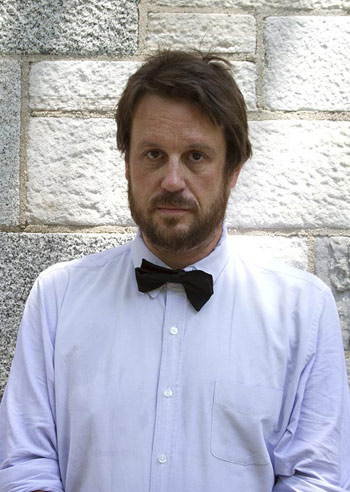 Johan Kugelberg has more than 30 years of experience in the U.S. entertainment and art industries. From 1990 to 1994, he was the General Manager for Atlantic Records subsidiary Matador Records and a marketing and A&R executive for Def American Records from 1994 to 1997. He was the curator of the punk/rock sale at Christie’s in 2008, the first major auction sale devoted to punk. In addition, he has served as a curator and consultant in pop culture fields for auction houses including Christie’s and Phillips de Pury. As an archivist, he has created comprehensive collections in the fields of punk, hip hop, and counter culture, focusing on printed works, ephemera, photography, and book arts. Currently, he is the owner and curator of Boo-Hooray, an archival processing company and project space in Manhattan. To date, Boo-Hooray has placed more than 120 archives with museums and university libraries around the world.

Over his career Johan has curated more than 100 exhibits and written 42 published books, including Vintage Rock T-shirts, True Norwegian Black Metal, Born in the Bronx, The Velvet Underground: New York Art, Beauty is in the Street and Punk: An Aesthetic. His book on the early history of hip hop was nominated for the NYPL Books for the Teen Age award 2008, and his book on the Velvet Underground won the Foreword silver medal for music 2010. Beauty Is in the Street was nominated for the London Design Museum 2012 Designs of the Year Awards.