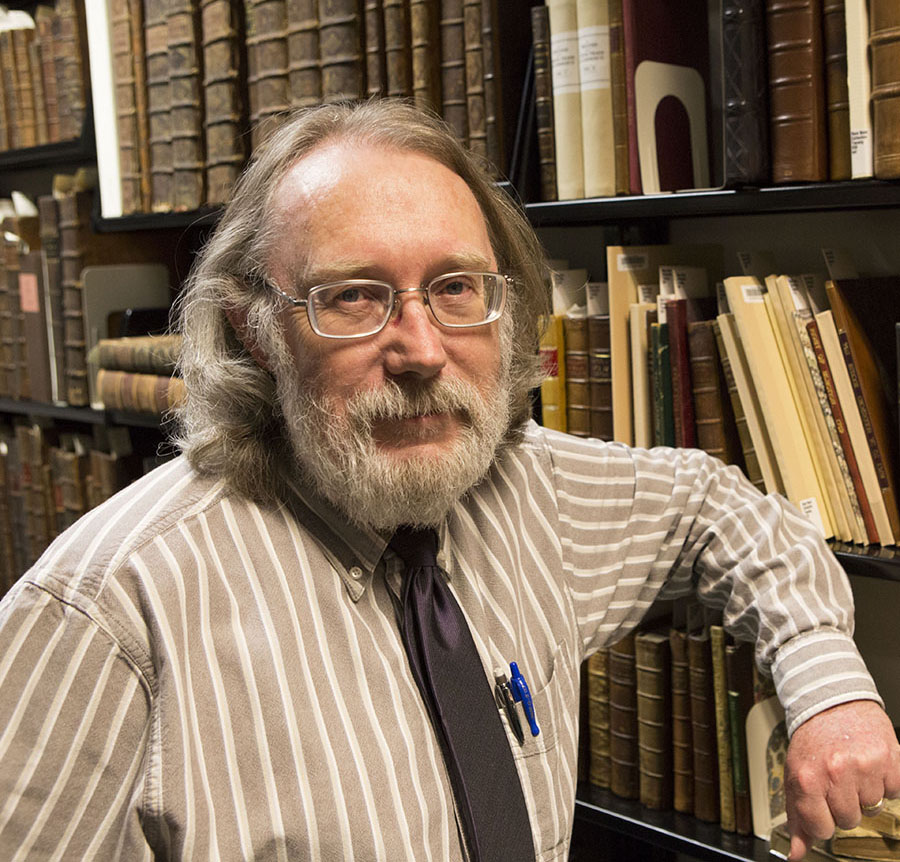 Mike Widener served as the Rare Book Librarian in the Lillian Goldman Law Library, Yale Law School, for fifteen years until his retirement in April 2021. He is currently the US Advisor for Bibliopathos, a rare book dealer based in Verona, Italy. He previously spent fifteen years as Head of Special Collections at the Tarlton Law Library, University of Texas at Austin, School of Law. He is co-author (with Mark S. Weiner) of Law’s Picture Books: The Yale Law Library Collection (Talbot Publishing, 2017), the catalogue of a major exhibition at the Grolier Club, which won the 2018 Joseph L. Andrews Legal Literature Award from the American Association of Law Libraries. He edited and contributed to Public Services Issues with Rare and Archival Law Materials (Haworth Press, 2001). He has been a consultant to the law libraries at Texas Tech University and St. Mary’s University on their rare book collections, and with his wife, Emma Molina Widener, to the law libraries at the University of Adelaide, the University of Wyoming, and the Universidad Nacional Autónoma de México. He was the 2012–13 Chair of the Legal History & Rare Books Special Interest Section, American Association of Law Libraries, and is a former member of the Grolier Club.