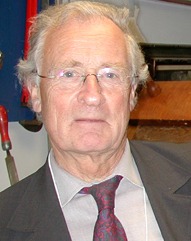 Nicolas Barker is editor of The Book Collector. He has written many books, among them Stanley Morison (1972), Bibliotheca Lindesiana (1977), and Aldus Manutius and the Development of Greek Script and Type in the 15th Century (2nd edn 1992). He is the editor of recent editions of John Carter’s classic ABC for Book Collectors.