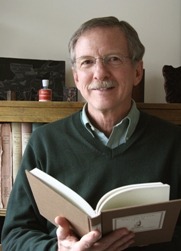 David L. Vander Meulen is Professor of English at the University of Virginia, where he teaches eighteenth-century English literature, bibliography, and textual criticism and scholarly editing. From 1991 he has been editor of Studies in Bibliography, which he edited with Fredson Bowers for the previous seven years. Among his editorial projects are Pope’s Dunciad of 1728: A History and Facsimile (1991); Samuel Johnson’s Translation of Sallust (with G. Thomas Tanselle, 1993); and William Faulkner’s Mosquitoes (with Thomas L. McHaney, 1997). Beginning in 1984, he has frequently presented RBS evening lectures and guest lectures in RBS classes.