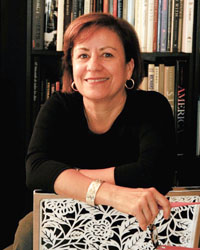 Hortensia Calvo has been the Doris Stone Director of The Latin American Library at Tulane University since 2003. She holds a Licenciatura in Philosophy from the Universidad de Los Andes in Bogotá, Colombia, an M.A. in Spanish and Spanish American literature from the University of Illinois at Urbana-Champaign, and a Ph.D. in Spanish from Yale University. Her research interests and publications include the Spanish and Spanish American literary Baroque and the social history of books and print culture in Latin America. She is also the co-author of Cartas de Lysi: La Mecenas de Sor Juana en Correspondencia Inédita (Madrid: Vervuert-Iberoamericana, 2015), a critical edition of recently discovered correspondence by María Luisa Manrique de Lara y Gonzaga, Sor Juana Inés de la Cruz’s mentor. Before coming to Tulane, she taught literature at Yale and Princeton Universities and served as Librarian for Latin America and Iberia at Duke, where she also taught in the Romance Studies Department. At Tulane she oversees all administrative functions, collection policies, programs, and services of The Latin American Library. Since 2006, she has served as Executive Director of the Seminar on the Acquisition of Latin American Library Materials (SALALM).