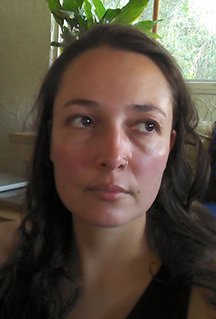 Kiara M. Vigil is currently an associate professor of American Studies at Amherst College. She was recently elected as a Council Member for the Native American and Indigenous Studies Association for a three-year term. She was also named the Jan Cohn Fellow and Lecturer in American Studies, for 2020, by Trinity College. Kiara’s PhD is in American Culture from the University of Michigan, and she holds master’s degrees from Columbia University’s Teachers’ College and Dartmouth College, as well as a B.A. in History from Tufts University. Her research and teaching interests are grounded in Native American and Indigenous Studies. She is the author of Indigenous Intellectuals: Sovereignty, Citizenship, and the American Imagination, 1890-1930, published by Cambridge University Press (2015). Her articles and essays have appeared in peer-reviewed journals and books, one of which, “Who was Henry Standing Bear? Remembering Lakota Activism from the Early Twentieth Century,” won the Frederick C. Luebke Award for Outstanding Regional Scholarship from the Great Plains Quarterly. Her new book, Natives in Transit: Indian Entertainment, Urban Life, and Activism is a cultural history of Native performance and activist networks from the mid-twentieth century. In addition to her book, Kiara is currently collaborating on a project about the new PBS show “Molly of Denali,” with Julie Dobrow, a scholar at the Tisch College of Civic Life at Tufts University, in a study about how Native Americans have been represented in children’s television programs. She is also working on an article for a special issue of JCMS about “Indigenous Performance Networks: Media, Community, Activism,” where she explores the labor, lives, and activism of Native women during the 1970s.