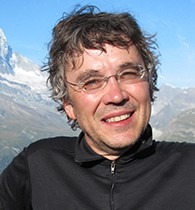 Peter Stallybrass is Annenberg Professor Emeritus in the Humanities Emeritus at the University of Pennsylvania, where he founded and directed the History of Material Texts seminar from 1993 until 2018. Peter has been awarded the Andrew Lang Gold Medal from the University of St. Andrews and four teaching awards from Penn. He has been the Samuel Wannamaker Fellow at the Globe Theatre in London, the Moses Aaron Dropsie Fellow at the Center for Advanced Judaic Studies, a Guggenheim Fellow, and he is a member of the American Philosophical Society. He collaborated with Jim Green on curating exhibitions on “Material Texts” and on Benjamin Franklin at the Library Company and the Grolier Club, and on Benjamin Franklin, Writer and Printer (2006). With Heather Wolfe, he curated the exhibition on “Technologies of Writing in the Renaissance” at the Folger Shakespeare Library. Peter’s work focuses on early modern printing and manuscripts and he is at present turning his Rosenbach Lectures in Bibliography on “Printing for Manuscript” into a book to be published by the University of Pennsylvania Press. For his sins, retirement has meant an increase in his teaching load, since he is now teaching a graduate course on “Material Texts” at the Beinecke Library, an undergraduate course on Early Modern Reading and Writing at Penn, as well as working on the Bible for Rare Book School.