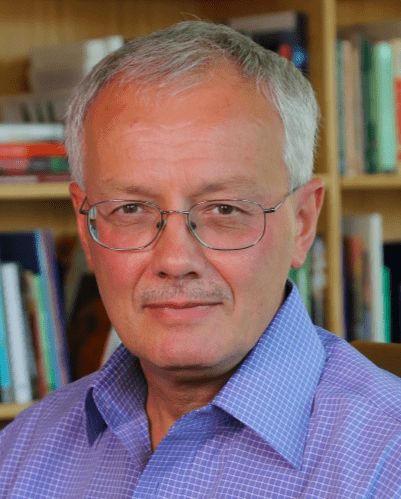 Sir Peter Crane, FRS is President of the Oak Spring Garden Foundation in Virginia (osgf.org), an estate of Rachel Lambert Mellon that includes an exquisite garden, as well as an exceptional library focused on the history of plant science, plant exploration, and the development of gardens and landscape design. He is known internationally for his work on the diversity of plant life—its origin, fossil history, current status, conservation, and use.

Peter Crane was elected to the Royal Society (the U.K. academy of sciences) in 1998 and was knighted in the U.K. for services to horticulture and conservation in 2004. He is a Fellow of the American Academy of Arts and Sciences, Foreign Associate of the U.S. National Academy of Sciences, a Foreign Member of the Royal Swedish Academy of Sciences, and a Member of the German Academy Leopoldina.  He is the recipient of several honorary degrees from universities in the U.S. and U.K., including an honorary doctorate of science from each of the following institutions: the University of Connecticut and Sewanee: The University of the South, both in the U.S., and Cambridge University in the U.K. He received the International Prize for Biology in December 2014.