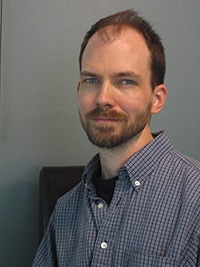 Ben Pauley is Professor of English at Eastern Connecticut State University, where he teaches eighteenth-century British literature. He developed the site Eighteenth-Century Book Tracker to index links to freely available scans of eighteenth-century books and to connect them to bibliographical entries drawn from the English Short Title Catalogue. Together with the ESTC’s Brian Geiger, he received one of the inaugural Google Digital Humanities Research Awards in 2010, and served on the planning committee for the Mellon Foundation-funded initiative to redesign the English Short Title Catalogue as a 21st-century research tool. He is the founding Secretary of the Defoe Society, and is currently finalizing development of a Defoe Attributions Database for the Society.