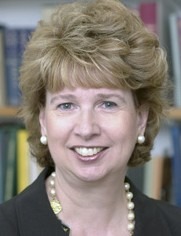 Barbara A. Shailor became Deputy Provost for the Arts at Yale University in 2003, before which she was Director of the Beinecke Rare Book and Manuscript Library at Yale. She retired from administration in December 2012, but continues at Yale as Senior Research Scholar and the Co-PI on a Mellon funded grant (“Digitally Enabled Scholarship on Medieval Manuscripts at Yale University”) and as Senior Lecturer in the Department of Classics, teaching introductory and advanced Latin paleography classes. Shailor is the author of the three-volume Catalogue of Medieval and Renaissance MSS in the Beinecke Rare Book & MSS Library, Yale University (1984-1993) and of the frequently reprinted The Medieval Book: Catalogue of an Exhibition at the Beinecke Rare Book and MS Library, 1988). She has published extensively in the area of Visigothic paleography and monastic book production in medieval Spain. Shailor serves as a trustee of the Samuel H. Kress Foundation and was elected to the Comité internationale de paléographie latine in 2000, and as a Fellow of the Medieval Academy in 2006.