The identification of illustration processes and techniques, including (but not only) woodcut and wood-engraving, etching, line engraving, stipple, aquatint, mezzotint, lithography, steel engraving, collotype, gravure and aquatint photogravure, and process line and halftone black-and-white and three-color relief printing.

Almost the sole medium of instruction in this lecture course will be actual examples of original prints drawn from the extensive RBS collections. Most of these examples have been divided into individual packets all from the same (or a very similar) source, with one example for each student. Students will study the packets under close supervision, using 8X loupes and 30X microscopes (both provided), as necessary.

The course will include laboratory sessions in which students will make and proof a relief cut, an etching, and a drypoint. No artistic talent is assumed or expected. 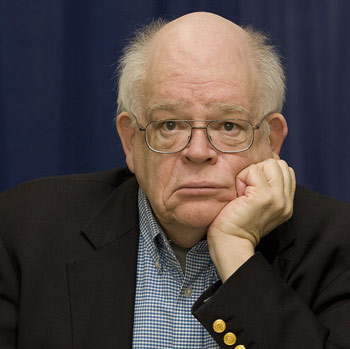 In September 2009, Terry Belanger retired as founding Director of Rare Book School and University Professor and Honorary Curator of Special Collections at the University of Virginia. He is a 2005 MacArthur fellow.