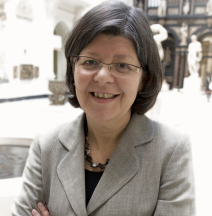 Beth McKillop’s career began at the British Library, where she was curator of Chinese and Korean collections. In 2004 she moved to be Keeper of the Asia Department at the Victoria and Albert Museum, later working as Director of Collections and Museum Deputy Director there. Since 2016 she has been a senior research fellow at the V&A, and a visiting lecturer at London University’s School of Oriental and African Studies.

Beth’s research has concerned Korea’s book and manuscript history, with a particular interest in technologies and physical properties of book production. Her essay, “The History of the Book in Korea” appeared in the Oxford Companion to the Book (2010). Two official visits to North Korea (2001, 2002) resulted in North Korean Culture and Society (British Museum, 2004). She combines her book history interests with research into Korean ceramics, with a focus on the Joseon dynasty (1392–1910).