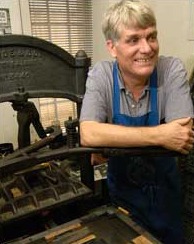 Michael Winship, Iris Howard Regents Professor of English II (emeritus) at the University of Texas at Austin, edited the final three volumes of the nine-volume Bibliography of American Literature. He is the author of American Literary Publishing in the Mid-Nineteenth Century: The Business of Ticknor and Fields (1995) and has published widely on the nineteenth-century American book and publishing trades. He was an editor and contributor to The Industrial Book, 1840–1880 and contributor to Print in Motion: The Expansion of Publishing and Reading in the United States, 1880–1940 (volumes 3 & 4 of A History of the Book in America) and served on that series’ editorial board. He has taught annually at RBS since 1983.