Print and the Urdu Public: Newspapers, Muslims, and Urban Life in Colonial India

The Urdu newspaper Madinah was published starting in 1912 until the early 1970s from the qasbah of Bijnor of Uttar Pradesh in British-controlled India. This lecture offered a visual and discursive analysis of the paper to argue that there was a digressive relationship between the form and aesthetic appearance of written Urdu and the construction of religious identity among Muslims in early twentieth-century British India. Although scholarship on Islam in nineteenth- and twentieth-century South Asia has emphasized the turn toward Arab and English models for printing, publication, and religious models, this presentation demonstrated the persistence of a Persian visual culture in the form of lithographed newspapers. Through analysis of the Madinah newspaper’s choice of printing method, style of calligraphy, and aesthetic history, this lecture explored the ways in which lithographed newspapers were technologies significant to cultural formation, political resistance, and piety for Muslims in South Asia in the twentieth century.

This lecture was presented live in July 2020. The session was recorded, and you are invited to watch the recording of the event below via our RBS YouTube channel. 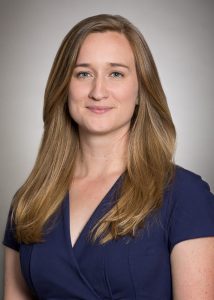 Megan Eaton Robb is the Julie and Martin Franklin Assistant Professor in Religious Studies at the University of Pennsylvania. She teaches courses on South Asian religions and gender/embodiment in religion, including “Media and Religion in South Asia,” “Gender, Sexuality, and Religion,” “Religion and Sports,” “History of Print in South Asia,” and “History of Islam in South Asia.” Her first book, Print and the Urdu Public: Muslims, Newspapers, and Urban Life, is forthcoming with Oxford University Press in October 2020. She is a Junior Fellow in Rare Book School’s Andrew W. Mellon Society of Fellows in Critical Bibliography.